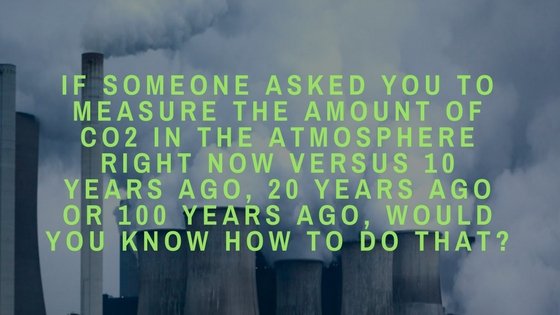 Ask these questions when you find yourself with a strongly held opinion (on anything really, but here on climate change):

1 – Have you done any research at all other than reading news that has found you through Facebook, TV News or social sources. Have you read scientific studies and understood the content of the studies?

2 – How many years experience do you have in the field of [climate science]?

2a – How many years of experience do the people you are listening to have in the field of [climate science]?

3 – If someone asked you to measure the amount of CO2 in the atmosphere right now versus 10 years ago, 20 years ago or 100 years ago, would you know how to do that?

3b – Given that you have figured out how to measure CO2 in the atmosphere, how would you measure the effect on global temperatures?

If these questions seem hard, it’s probably because they are. I’m not a climate scientist. I have no idea how to measure the CO2 in the atmosphere. So, when someone who has spent their entire life studying this, has done the research and had their findings largely accepted by just about every other person who has been studying it for their entire lives too, I try to listen. Even if I don’t understand all the details of what they are saying, I would rather trust people who have studied something for decades with singular focus than politicians who are motivated primarily by what other people think of them and if other people like them.

One last question to ask for people who might say that climate change is a global conspiracy by the Chinese government to impact [American] businesses… Does this hurt rich people too [kurzgesagt video]? If it does, it’s probably not a conspiracy, but a real problem that we need to stop being so childish about. 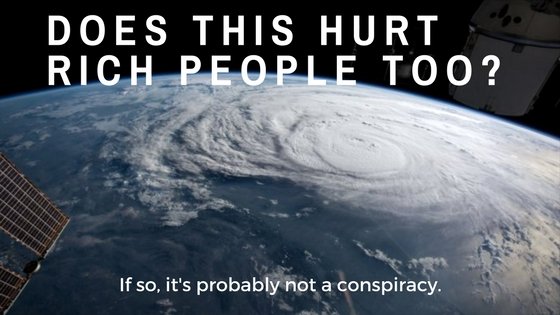 We frequently find ourselves listening to stories from our friends about things that happen in their lives. They might tell us about a coworker who joined the...