Privacy Matters: Why “I’ve Got Nothing to Hide” is Misguided

Privacy is a foundation of democracy, but every time people get upset by new government laws invading privacy or private companies selling our data, we hear the same old tired response.

“If you’ve got nothing to hide, it shouldn’t bother you.”

This is misguided and basically shows a total lack of imagination and creativity. There are plenty of ways that having your privacy invaded can hurt you even if you have nothing to hide. It’s shocking to me that I need to do this, but recently overturned internet privacy laws (in the US, and we know that basically affects the world) compel me to explain why privacy is important… as though that weren’t self evident. 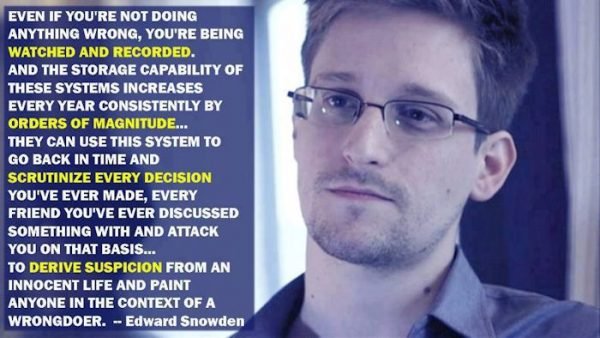 Ever seen that light on your webcam turn on even though you’re not on Skype or using it right now? Be careful, because somebody might be using malware to hack into your webcam and spy on you. It’s a scary thought, but it happens and the results can be devastating. Imagine someone turning on your camera and recording you coming out of the shower, then sending that to all of your friends and family. How would you feel?

Worse, could you imagine being blackmailed with the threat of releasing that video to everyone you know? It could ruin your life!

Remember how Jennifer Lawrence had naked selfies of herself hacked from her phone and posted on the internet? What a horrible thing to do to a person. Did she do anything wrong? Of course not! Being in the industry that she is in and having people commenting about figure constantly could drive anyone to feel insecure, but then having those photos stolen and posted on the internet for everyone to see? Just horrible.

The government wants to have access to technology that allows them to do that, at will, and to everybody. Of course they might knowingly never want to, but having the power all but guarantees abuse for political or financial gain.

Keeping a record of what people view on the internet is once again coming under threat. Have you never heard of innocent people being found guilty because all of the information pointed towards them? What about when people who have the evidence use it to make you look guilty?

We need to stand up for our rights, and privacy is one of the most important ones. Security is not an excuse, and governments need to find better ways to do their jobs while avoiding making a state where we are basically all slaves to whomever has access to the paper trail of every decision we have ever made.