I’m sure by now you have seen the video of Meryl Streep at the Golden Globes.

She called out Trump for mocking a disabled reporter, Serge Kovaleski. Here’s the speech in case you didn’t see it yet.

I love Meryl Streep and I think she is a fantastic actress, but in my opinion her speech at the golden globe awards did more to help Trump than we realise. Now I completely agree with her that Trump is a monster, but her outrage (and all of ours) is meaningless as we are falling foul to that same echo chamber that was talked about following the election results.

As I have talked about before in this post, when we get outraged about something on the internet it rarely if ever does anything positive to solve the situation. Media organisations eat up our outrage because it leads to likes, comments, clicks and shares and very little else. People who agree with what is being said here will like, share and tell everyone in their small circles how outraged they are. By next week this will be old news, and nothing will have changed. It doesn’t help that she prefixes the speech with a little bigotry about what the arts are and are not.

Are you trying to tell me that Bruce Lee was not an artist? 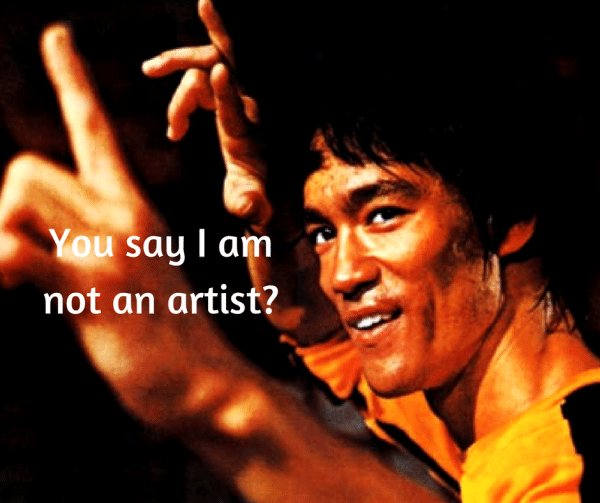 Secondly, whenever a Trump supporter (and there are a lot of them, evidently) hears something like this about him, they find any excuse they can to not listen and become more entrenched in their beliefs. Just look at the Donald’s twitter response:

Meryl Streep, one of the most over-rated actresses in Hollywood, doesn't know me but attacked last night at the Golden Globes. She is a…..

Hillary flunky who lost big. For the 100th time, I never "mocked" a disabled reporter (would never do that) but simply showed him…….

"groveling" when he totally changed a 16 year old story that he had written in order to make me look bad. Just more very dishonest media!

If you do a Google search you can see that this is another lie:

“Donald and I were on a first-name basis for years,” Mr. Kovaleski said. “I’ve interviewed him in his office,” he added. “I’ve talked to him at press conferences. All in all, I would say around a dozen times, I’ve interacted with him as a reporter while I was at The Daily News.”

I’d say that this is basically undeniable at this point. So why do Trump supporters continue to believe that Trump didn’t know Kovaleski and wasn’t mocking him?

Trump supporters go by his word. His nearly 20 million twitter followers (I am not one of them) include a lot of supporters who wouldn’t even think to look for verification of what he is saying. Our outrage, while justified, actually causes these people to become more entrenched in their beliefs as they will feel like they are under attack. It is easier to just say “no” over and over than it is to question your own beliefs. Just look at the Republican party while Obama was in office!

So what can we do?